Intro:
Since the introduction of Race Wire (or any Circuit Board printed lines designed to transfer motor current), pilots have questioned whether it will sap any unnecessary power from the battery.  Will the additional solder points add series resistance?  Are the PCB traces sufficent to transfer current without heating up and using power?  The goal of this experiment was to test this these concerns.   Will racewire or race LEDs cause a reduction in thrust for a given current draw?

We used a Hyperlite 2207.5 1922kv motor with an HQ V1S 5x4.3x3 prop.  This is a pretty standard high KV (for 6S) motor, and a relatively shallow prop. From the data, you can see the motor heating up after any significant amount of time over 50% throttle.  The thrust stand is significantly harsher on a motor than real world loading, and we didn't want to alter the motor with so many tests where we wanted that variable to stay constant.  Any change in the motor would color the results.  We ran the standard thrust test with either:

3. CLRacing Race LEDs (with the LEDs that light up based on throttle)

First let's look at the data as a whole:

At 50% throttle and below, the thrust output is pretty consistent, but above 50%, you can see thrust degrade over time as the motor heats up.

At this high level, zoomed out view there are no noticeable differences between any of the hardware setups, so let's zoom in: 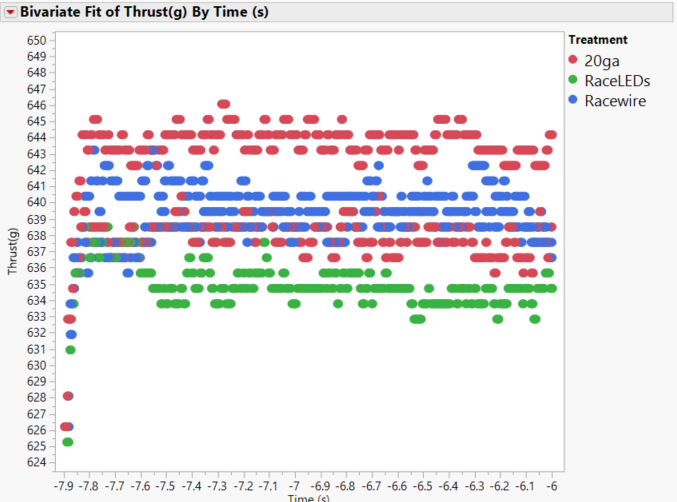 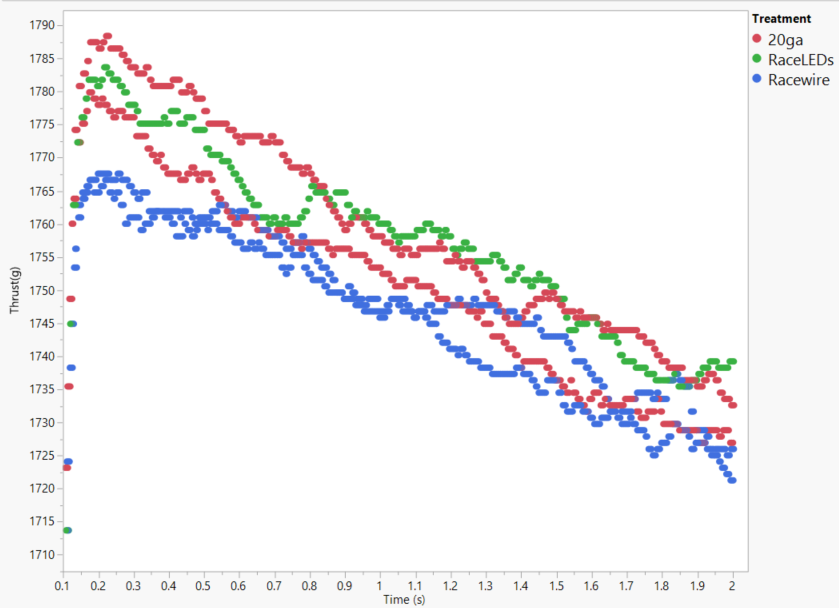 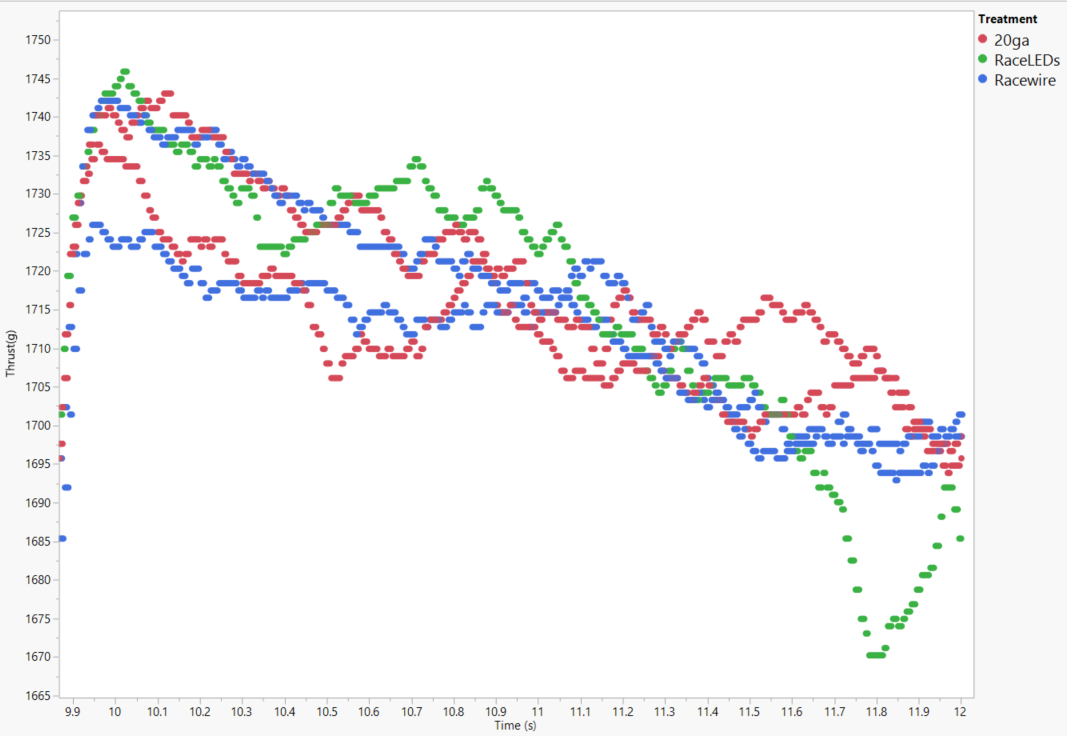 None of the setups produce consistently higher or lower thrust values than the others.  The only real conclusion we can draw is that there is no strong correlation between race wire, actual wires, race LEDs, and thrust output.  Current output during all the tests was the same, as well.  There are certainly positive and negative reasons to use Racewire, but power output is not either.